The details in the annex make for difficult reading because of the high casualty rate and a sense that the maritime industry is not able to improve.  They show that: 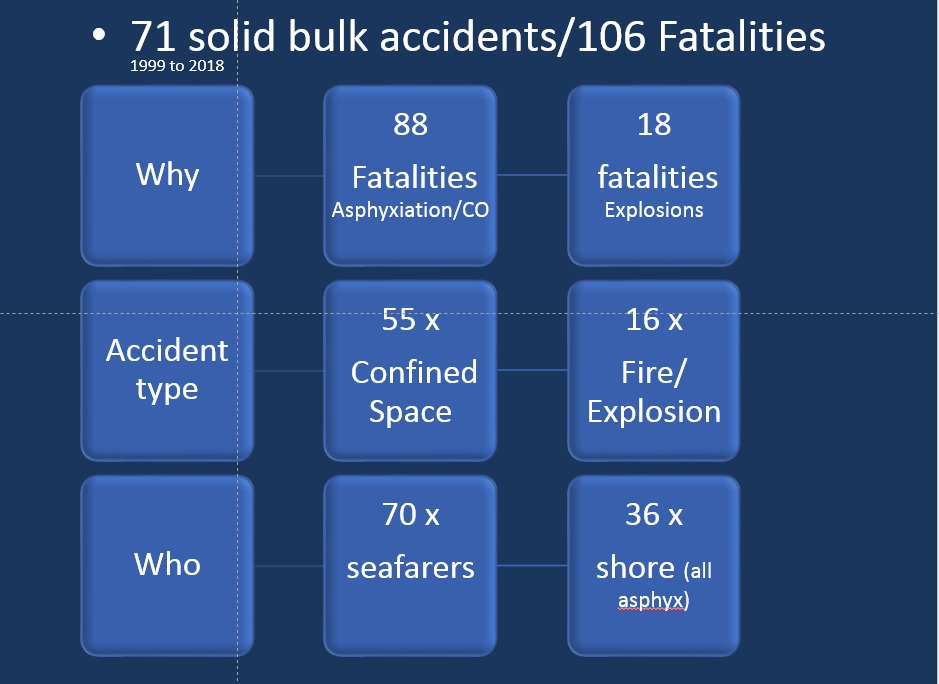 It also becomes clear that risk exists beyond ships' holds and that means of access/egress are potentially higher risk areas.  Safe access/egress is a vital part of risk assessment and management.  Almost 93% of the fatalities in this report were in hold access ways and ladders.  Ports should take note that more incidents took place in port than at sea and that unloading operations gave rise to many more fatalities than loading and during a voyage. 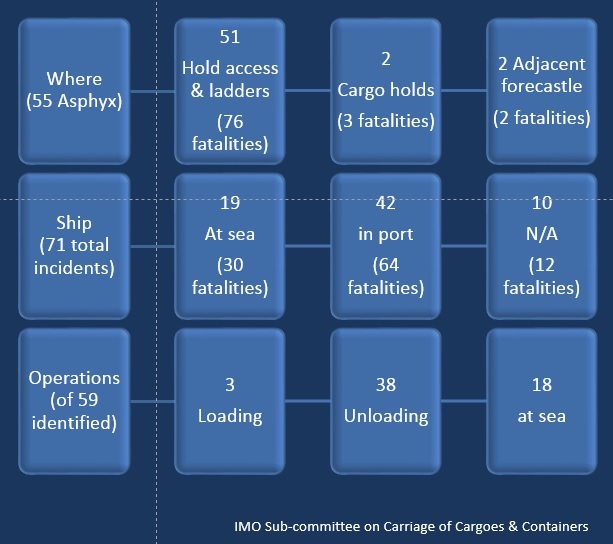 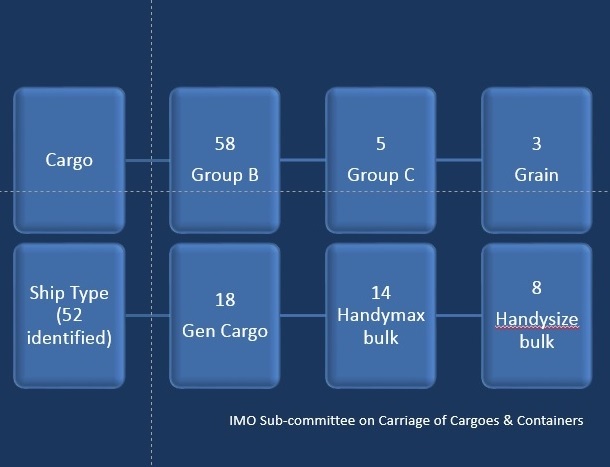