The P&O and the Port of Hull played host to the PSS RoRo Health and Safety Workshop on 27 October, as representatives from across the UK travelled to Hull to discuss how to mitigate risk in RoRo operations.

Port Skills and Safety has always prided itself on facilitating the free and frank exchange of ideas and practises, and this event exemplified that principle. Group breakout sessions, designed to collect a broad range of experiences, marked the first half of the day.

Questions deliberated by the groups included whether technology has made it possible to remove humans from the accident equation; if it is time for procedural controls to be updated; and what technologies were currently being tested by members. 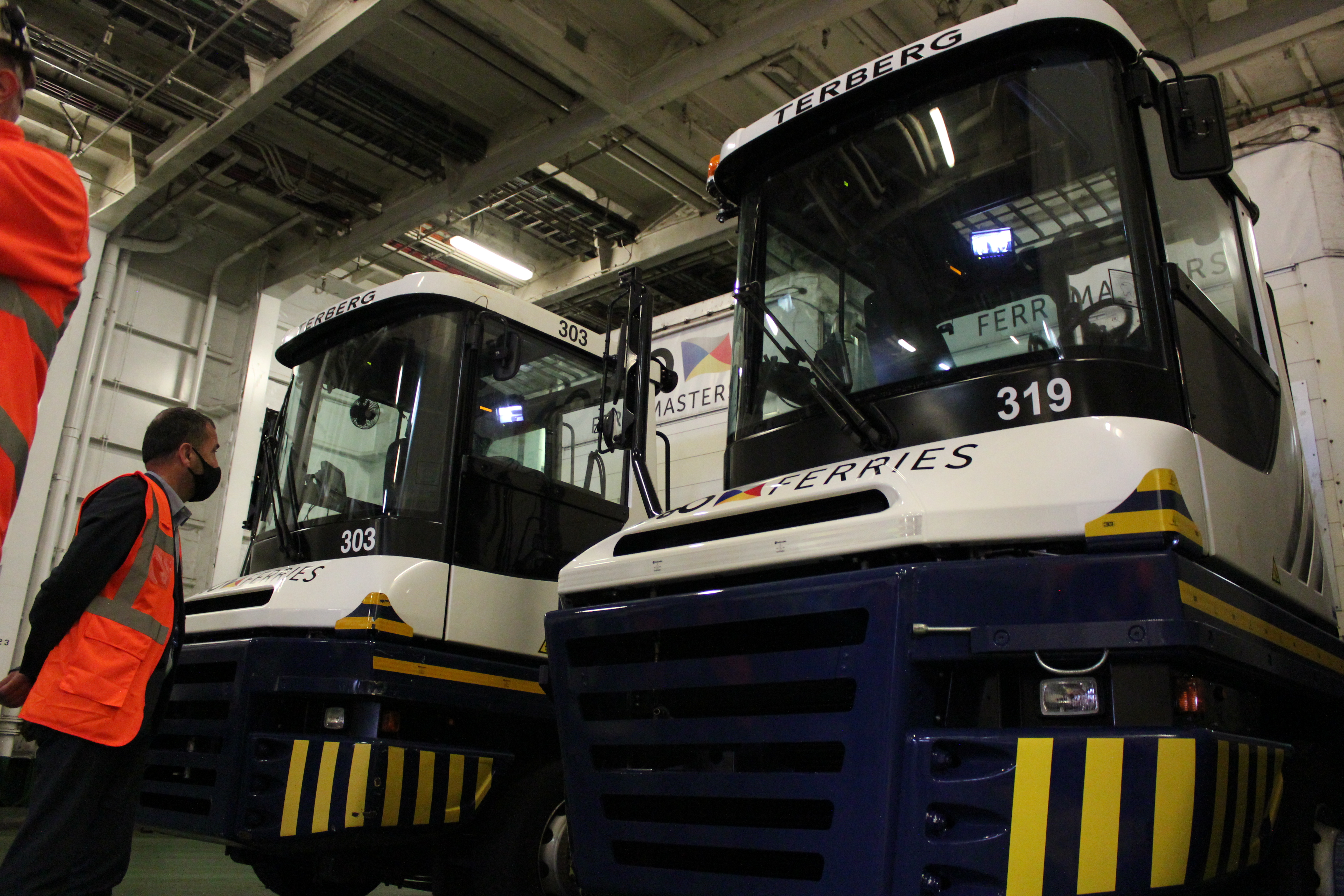 In order to base discussions on the realities faced by those working on RoRo ferries, the groups also toured the Pride of Rotterdam’s vehicle deck. They analysed the spaces available for workers and where blind spots occur when vehicles are in motion. Attendees received a practical demonstration of the rear facing camera technology P&O employs on their vehicles to improve the situational awareness of their drivers.

Ron Hunter, group health and safety director for Peel Ports Group introduced the concept of HAZOPS (Hazard and Operability Studies) which are regularly used in other industries including the offshore sector and construction. He proposed a trial using the same process of examination on RoRo operations to identify and mitigate risk. Peel Ports has agreed to coordinate at study at Heysham Port and PSS members are invited to take part.

The golden rules focus on an individuals’ responsibility for safe working including no mobile phones, the necessity for PPE, and always remaining visible. Following on from this work PSS and the Chamber of Shipping will be working on the implantation of these rules so that they reach the people who need them most. This includes a social media campaign and a pocketbook expanding on the rules. 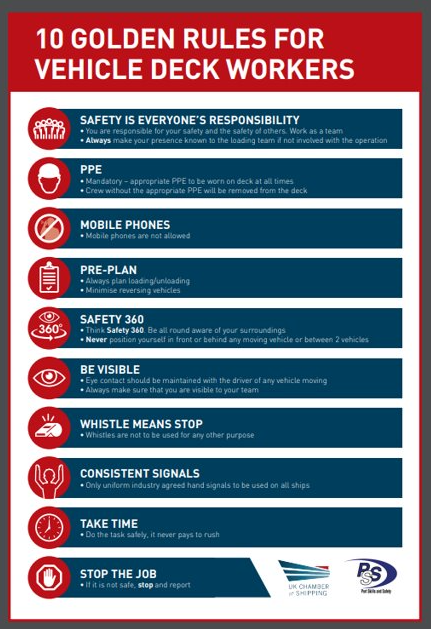 The final session of the event was dedicated to a series of presentations from technology pioneers who are trialling various safety systems in ports. These included proximity systems and artificial intelligence from Kalmar; Timing Ireland, who are adapting communications systems used in sports to facilitate better coordination between port workers and drivers lights and the Fork Truck Control Group who have developed a system of lights to increase awareness among drivers, banksmen, and crew.

One of the key themes from the event was that of the need for innovation in the sector and PSS chief executive Debbie Cavaldoro wrapped up the event by unveiling the new PSS Innovation Fund. A scheme designed to review and support developments which positively impact safety in ports, from the proposal stage to funding and port trials. PSS members were called upon to assist in the creation of the fund so that all UK ports could benefit from potential developments.

PSS will be following the development of these and other port safety technologies closely and intend to follow up this meeting in six months’ time with a review of the systems being trialled and an investigation into other emerging technologies.

Find out about the benefits of being a PSS member and how to apply.

Find out about the benefits of being a PSS member and how to apply.